New Britain, Conn., January 6, 2020 – The Community Foundation of Greater New Britain (CFGNB) has announced that following up on its previously successful fundraising and granting efforts in response to Hurricane Maria it is accepting monetary donations to assist residents on the island of Puerto Rico in the wake of a 5.8 magnitude earthquake that occurred early this morning. 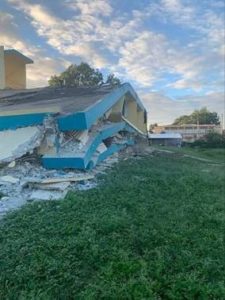 “We are closely monitoring the situation on the island and understand that there is damage to buildings, rock slides are occurring, and more tremors are expected,” said Foundation President David Obedzinski. “Some local residents with close ties to family and friends in Puerto Rico have asked if we would offer another opportunity to contribute in support of the residents and we felt that our new Disaster Response Fund would offer that option. Gifts to this fund, designated for Puerto Rico by the donor, will be pooled and provided, in the form of grants, to agencies on the island – agencies that we’ve already developed a relationship with due to our work on the Hurricane Maria Relief Fund in late 2017 and throughout 2018.”

The CFGNB recently established its Greater New Britain Disaster Response Fund following its multi-year initiative on Hurricane Maria Relief efforts. Within 48 hours of the devastating storm in September 2017, CFGNB and the American Savings Foundation, with leadership by State Representative Bobby Sanchez of New Britain, New Britain Mayor Erin Stewart, and HRA of New Britain together established the Hurricane Maria Puerto Rico Relief Fund at the Community Foundation. Close to $50,000 in grants from the fund were made directly to Community Action Agencies located in Puerto Rico, to the Consolidated School District of New Britain, and to agencies in Greater New Britain such as the Salvation Army, the CT Coalition to End Homelessness and Community Mental Health Affiliates who assisted families who were displaced and relocated to our area as a result of the island’s damage. 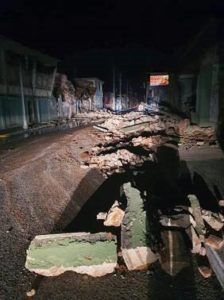 The Greater New Britain Disaster Response Fund was established in 2019 and makes resources available to local government community service departments and crisis coordinators to meet the basic needs of residents from New Britain, Berlin, Plainville and Southington who are displaced from their homes for an extended period of time due to a natural disaster. Funds may also be used to support individual municipalities for basic food and shelter expenses related to temporarily supporting residents displaced due to incidents including fire, flood, and other weather related emergencies. In this case, the Foundation is establishing a separate fund within that fund for gifts designated to Puerto Rico Earthquake Relief. 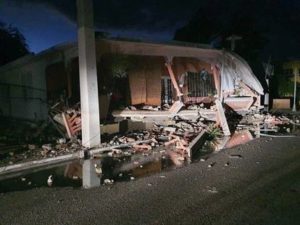 Fund from the drop down menu of funds and make your gift with “Puerto Rico” in the “In honor of” box. To make a gift by check, send your check, made payable to CFGNB and with “Puerto Rico” on the memo line and send to CFGNB, 74 Vine Street, New Britain, CT 06052.