Our Vision: To make our community vibrant
and a better place to work and live. 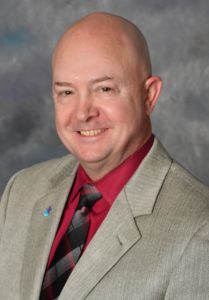 Dave assumed the role of president of the Community Foundation of Greater New Britain in August, 2017, bringing with him more than 30 years of management experience in philanthropy, development and donor relations.

A Hartford native and long-time Glastonbury resident, Dave has a deep affection for, understanding of and relationship with the Greater New Britain community, having worked for nearly seven years as the Hospital of Central Connecticut’s chief development officer and executive director of institutional advancement. He also brings to his position significant experience working with the Community Foundation, having served in 2013 and 2014 along with his wife, Linda, and daughter, Kate, as a tri-chair of the Foundation’s Catalyst Fund.

Immediately prior to joining the Foundation, Dave was vice president of philanthropy for the U.S. Coast Guard Academy Alumni Association; he has also held management positions with Baystate Health Foundation, Southern Connecticut State University, the Easter Seal Society of Connecticut, the University of Hartford and Hofstra University (his alma mater).

As the Foundation’s chief professional officer and principal community representative, Dave leads a team of dedicated staff and works closely with our board of directors, assisting them in implementing CFGNB’s Strategic Plan, working to increase support from the communities the Foundation serves and making a positive and lasting impact in those very same towns. 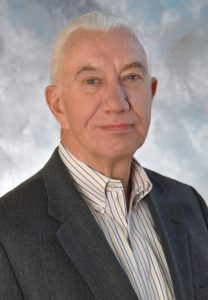 Bob joined the Foundation in September 2011 after nearly 20 years of executive level financial management at St. Vincent’s Health Services, Bridgeport, Connecticut. While there, he was the CFO for several of their affiliated corporations with both financial and operational duties, overseeing budgets of over $20 million annually.

At the Foundation, Bob assumes responsibility for the Foundation’s Endowment, together with overseeing day-to-day operations and programs. He works with the Board and several committees to support the mission of the organization. 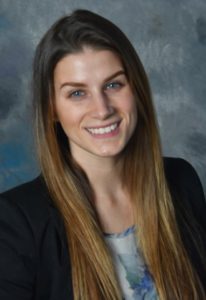 A graduate of Central Connecticut State University, Kimberly joined the Foundation in April 2015 and was promoted to her current title in 2018. She is responsible for all marketing and communications efforts as well as donor relations and assisting in the management of the Foundation’s scholarship program.

Chris joined the Foundation in November 2004 and oversees the financial administration of the organization.

She is the principal communicator for financial matters and staffs the Audit and Finance and Investment Committees. Chris works with all agencies and donors to provide financial reports and other fund accounting information.

She is a graduate of Keene State College, Keene, New Hampshire. 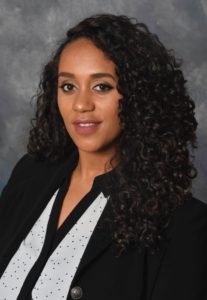 Kaylah joined the Foundation in March, 2013 and was promoted to her current title in 2021. She is responsible for all community response grantmaking and the Foundation’s development program, including the Civic Leadership Fund annual giving campaign and the Young Philanthropy initiative to inspire and engage young donors.

Kaylah is a graduate of Central Connecticut State University, where she worked in the Dean’s Office of the Ammon School of Arts and Sciences and with the CCSU Alumni Association. She currently attends Marist College where she is pursuing a Master’s of Public Administration degree with a concentration in Nonprofit Management. 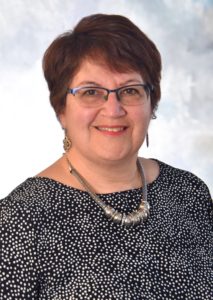 With more than 30 years of experience in the non-profit world, Joeline’s tenure with the Community Foundation began in November 1997 when she joined the staff as Director of Program, responsible for managing the Foundation’s comprehensive grant program. Prior to coming to New Britain, she served in a similar capacity at Fairfield County’s Community Foundation for 8 years.

Joeline became Director of Community Initiatives for CFGNB in 2014, responsible for leading the effort to research and identify new issues and roles for the Foundation within its service area. In 2017, Joeline’s title was changed to Director of Community Initiatives and Program Services to reflect her responsibility for the development and implementation of all Foundation initiatives and responsibility for oversight of program services, defined as all areas where funding or other resources are awarded.

Joeline serves as Treasurer and on the Executive Committee of the Coalition for New Britain’s Youth, a citywide collaborative committed to improving the lives of New Britain’s youth, birth through age 24 and working to ensure they have what they need to be successful in school, career and life. She also represents the Foundation as a member of the Early Childhood Funders Collaborative, the Building Hope Together Mayor’s Plan to End Homelessness and its Housing Committee. Joeline earned her bachelor’s degree in English from Colgate University. A resident of Newtown, Connecticut, Joeline was a member of the Newtown-Sandy Hook Community Foundation Community Foundation Distribution Committee between 2013 and 2016, serving as its Chairperson in 2015. 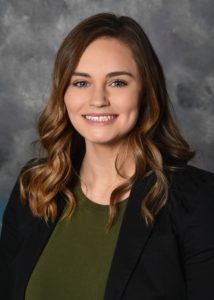 Candice joined the Foundation in January 2019 as Office Manager and Scholarship and was promoted to her role as Program Manager in June 2020. Candice oversees the Foundation’s Scholarship Program, as well as the grants program for the Community Chest of New Britain and Berlin, a supporting organization of the Foundation.

Candice is a graduate of Central Connecticut State University, where worked in the Dean’s Office of the College of Liberal Arts and Social Sciences and interned with Prudence Crandall Center in New Britain.