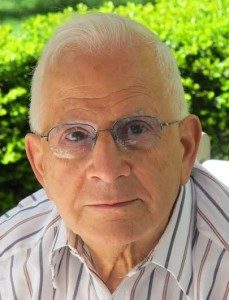 Matteo Scalaro was a loving husband to his wife Prudence and the father of five children. He was a soft-spoken man who would never fail to assist others in their time of need.

One of eight children, Matteo was a hardworking man who, like so many growing up during the Great Depression, learned at an early age to do without. He sacrificed for his brothers and sisters and worked hard to support his family.

As a father Matteo wanted his family to have a better life and worked extremely long hours as a butcher to be a good provider. Education was important to Matteo and he and Prudence saved and sacrificed so that they may send their children to private Catholic schools.

Following Matteo’s death in 2014, the Scalaro family established a program to carry on Matteo’s work to assist those who wished to make a better life for their children.

The Matteo J. Scalaro Fund reflects Matteo’s commitment to making the world a better place one kind act at a time.