The following opinion piece was written and signed by multiple Connecticut Community Foundations and appeared recently in multiple newspapers statewide including the New Britain Herald and Hartford Courant.

Connecticut is at risk of missing out on billions of federal dollars it should rightfully receive. The reason: many residents will needlessly go uncounted in the upcoming Census. 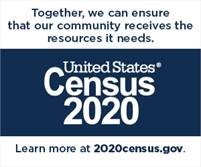 Why is Connecticut poised for an undercount? Many states have invested millions of dollars of their own resources toward Census outreach. For example, New York has allocated $60 million – about $3 per resident. In contrast, Connecticut has committed $500,000, or 14 cents per resident, out of its $21.2 billion operating budget. Though many of the state’s philanthropic organizations quickly and generously committed matching support, this represents significantly less than the generally accepted standard of at least $1 per person, or approximately $3.7 million for Connecticut. Simply stated, the state’s financial commitment is insufficient to meet the complex realities of the task ahead.

As members of Connecticut’s philanthropic sector, we are stewards of the charitable funds entrusted to us. Our organizations are working together to catalyze inclusive opportunity and economic growth throughout the state. This simply cannot be accomplished without adequate federal resources.

Unfortunately, federal funding for the Census effort has been slashed. As a result, Census field operations are overwhelmed. Moreover, federal efforts to include a citizenship question forced a critical delay in preparations.

Recognizing the crucial role the Census plays in bringing federal dollars to our state, philanthropy has been a major contributor to the complete count efforts – both financially and on the ground. At this point, however, Connecticut remains significantly underprepared, posing a serious threat of losing billions in federal funding.

State and local officials have established Count Complete Committees comprised of municipal officials, community organizations and residents. Yet while these efforts provide valuable structure and support, they appear insufficient for the enormous task at hand. For example, many people at risk of being undercounted live in “hard-to-count” neighborhoods. More than one in five Connecticut residents live in these areas, including more than half of the state’s Latinx (54 percent) and Black (55 percent) residents. If Connecticut is to receive its rightful share of federal funding over the next decade, resources must be earmarked to reach those who have been historically undercounted.

Best practices dictate that effective Census outreach efforts involve door-to-door outreach from neighbors and local organizations. Connecticut’s philanthropic sector is eager to work with the state and the recipients of state Census funding to identify and engage these trusted entities.

Every year, roughly $675 billion in federal funds are disbursed to states, based on formulas rooted in the decennial Census. Connecticut currently pays more federal income tax per capita than most other states in the nation, but we rank near the bottom in receiving funds into much needed state programs. If our residents are undercounted in 2020, we will receive even fewer federal dollars in each of the next ten years – despite the growing need in our communities.

In Fiscal Year 2016, Connecticut received more than $10.7 billion from the Federal Government, including support to vital education, health care, nutrition assistance, and housing programs. A current estimate is that each person who is not counted results in a loss of nearly $3,000 per year for Connecticut. Reduced federal funding due to a Census undercount will require increased tax burdens and decreased services, exacerbating existing fiscal challenges, and potentially creating new problems that the state is working hard to avoid.

It is very late in the game, but there is still an opportunity for Connecticut policymakers to affect change. Working together with philanthropy and nonprofits, the state can execute a comprehensive plan to secure a complete Census count, as other states have done.

This decision should be uncontroversial. It is in the state’s self-interest to make a comparatively tiny and once-in-a decade investment of an additional $2 million to help ensure that it collects all of the $10+ billion Connecticut would likely receive annually from the federal government if our residents are fully counted.