New Britain, Conn., November 16, 2018 – At a time when the community is still mourning the loss of former Community Foundation of Greater New Britain President Jim Williamson, the Foundation’s Board of Directors has, in one sweeping measure, ensured that Williamson’s legacy will live on.

In honor of Williamson, who retired as Community Foundation President in August 2017 and passed away on November 1 of this year at age 69, the Foundation has established the James G. Williamson Education Assistance Fund. The fund, boosted by an initial $10,000 gift from the Foundation, will address what has become a pressing issue in higher education – the financial hardships many college students are experiencing in their final undergraduate years, making degree completion a sometimes-elusive achievement in an era of increasing tuitions and shrinking sources of financial aid. 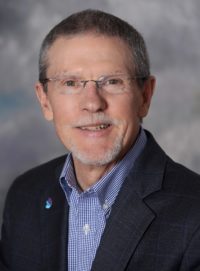 The Community Foundation Board identified degree completion earlier this year as a priority issue. The new Williamson Fund affords an opportunity to not only jump-start the Foundation’s efforts in this area, but to appropriately honor its former leader. During his tenure with the Foundation, Williamson used his experience, leadership skills and passion to help make education – at all levels – not only a Community Foundation priority, but a community-wide priority.

“Jim Williamson was a tireless champion of educational causes, initiatives, agencies and programs throughout his career in Greater New Britain on behalf of children and students of all ages,” said Williamson’s successor, current Community Foundation President David Obedzinski. “He was a strong advocate for helping students complete their degrees and naming this new fund in his memory allows us to honor his efforts in the community in which he loved to work.”

“I’m especially proud of our board members for their leadership in establishing our new Degree Completion Initiative this year, for dedicating $10,000 in foundation resources to the initiative, and for connecting the James G. Williamson Education Assistance Fund to that effort,” said Foundation Board Chair Lynn Ricci. “Jim led the Community Foundation for 13 years and this fund helps to honor his work on behalf of the Greater New Britain community.

“We look forward to partnering with local educational institutions to launch this important, new initiative with the support we receive from the Williamson fund.”

Williamson joined the Foundation in September 2004 as its second full-time chief executive. A native of Rochester, New York and graduate of John Carroll University in Cleveland, he brought with him decades of non-profit organizational development and management experience, including leadership positions with the United Way of America and the Boys & Girls Clubs of America.

During his tenure at the Community Foundation, Williamson spearheaded the Foundation’s transition from grantmaker to community leader, building partnerships with other organizations and stakeholders to help identify community challenges and engage in strategies to address them. Among the education initiatives he spearheaded was the Foundation’s First Years First initiative, which has heightened the community’s focus on and made vast improvements in early childhood development.

The Community Foundation invites the community to donate to the fund in Williamson’s memory. Those wishing to donate may visit www.cfgnb.org, click Give Now and select the Williamson Fund from the pull-down menu.

Established in 1941, the Community Foundation of Greater New Britain is “Where Good Begins” in Berlin, New Britain, Plainville and Southington. Located at The Foundation Center at 74A Vine Street, New Britain, the Foundation works to inspire philanthropy, responsibly manage permanent charitable assets effectively, and partner to address key community issues through strategic leadership. For information about establishing a charitable fund at the Community Foundation with as little as $5,000, please contact Kaylah Smith, Assistant Director of Development, at ksmith@cfgnb.org. or call 860-229-6018, ext. 305. For more information, visit www.cfgnb.org.