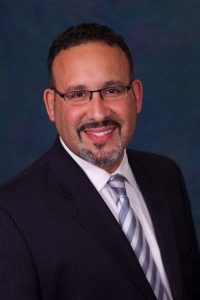 Miguel grew up in Meriden and spent 20 years as a public school teacher. He began his career as a student teacher at Berlin’s Willard Elementary School in 1997. Eventually, he served as a school principal, and later assumed the role of assistant superintendent for teaching and learning. Cardona attended Meriden Public Schools and graduated from Wilcox Technical High School. He received his bachelor’s degree from Central Connecticut State University and completed his master’s at UConn in bilingual/bicultural education, Administrator Preparation Program, doctorate in Education and Executive Leadership Program certificate. 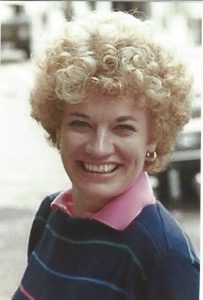 Alma Exley, a dedicated educator, was working at the Connecticut State Department of Education to bring more people of color into the teaching profession. Since her death in 1995, the Alma Exley Scholarship Program has been carrying on her work to promote greater diversity in education.

Cardona, whose grandparents moved to Connecticut from Puerto Rico, spoke Spanish first before learning English in school. He was the first in his family to attend college and his background as a first generation Puerto Rican will be important as the nation’s top education leader.

The Community Foundation is very proud of all of our Alma Exley Scholars who continue to excel in the field of education. Miguel actively participates in the Exley Scholar program attending awards presentations, speaking with students, administrators, and educators while listening, leading, and setting an example. Miguel’s accomplishments have brought him to a point where he is being recognized as an education professional with experience to lead at a national level and we are proud to have supported him during part of that journey.

For more information about the Alma Exley Scholarship or to make a gift to the fund, please click here.

Established in 1941, the Community Foundation of Greater New Britain is “Where Good Begins” in Berlin, New Britain, Plainville and Southington. Located at The Foundation Center at 74A Vine Street, New Britain, the Foundation works to inspire philanthropy, responsibly manage permanent charitable assets effectively, and partner to address key community issues through strategic leadership.