Skip to content
Jim Williamson: A Legacy of Leadership

Long-time Community Foundation President James G. Williamson, who led the Foundation for nearly 13 years prior to his August 2017 retirement, passed away on November 1, 2018. The community is invited to a memorial service in Jim’s honor on Saturday, December 22, 2018, at 10 a.m. at Calvary Church, 1855 Albany Avenue, West Hartford. A light lunch reception will take place at the church following the service. Former Foundation board member Dr. Charles Leach offers this reflection on Jim’s service to the community, and the Community Foundation.

Jim Williamson: A Legacy of Leadership

Back in 2004, the Community Foundation of Greater New Britain faced a challenge. Long-known as a relatively small, behind-the-scenes, community grantmaker since its 1941 founding, the organization’s playbook had changed thanks to a recent merger with the A.W. Stanley Charitable Foundation, which tripled the Foundation’s assets to more than $24 million. 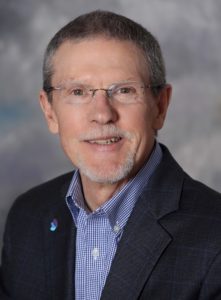 Suddenly endowed with the kind of resources that can make lasting impact possible, the Foundation’s board of directors, of which I was a privileged member at the time, knew that change was afoot, opportunity was on our doorstep and that this opportunity called for a leader who could shepherd the Foundation into a new, exciting era of community leadership and impact.

Jim Williamson was that leader.

While I was not on the selection committee which interviewed and chose Jim as the Foundation’s new President at the time, I of course was among the board members who overwhelming approved of the selection. Coming off of decades of non-profit leadership experience, mostly with the United Way and the Boys & Girls Clubs of America, Jim’s dedicated, gentle, kind – and determined – ways matched perfectly with what we sought in a leader at this critical juncture.

Jim embraced his new job with gusto, and his dedication to his newly adopted communities of Berlin, New Britain, Plainville and Southington was apparent from the get-go. A low-key manager, Jim was someone who selected his goals carefully. But once having selected them, he proceeded with great determination, almost always with great success.

When Jim came on the scene, we all knew that something had distinctly changed – and changed for the better. He had a quiet, effective presence, and led by example. This leadership style was never so apparent as in our board meetings; in fact, I so admired Jim’s manner that I model some of my own behavior in working with boards and committees based on how Jim operated. 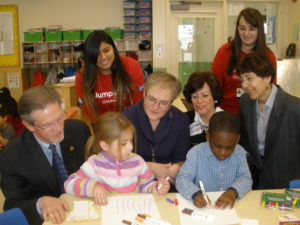 Jim was fun to be with. He tended to run on a little bit – when Jim got the floor, he would keep it! Our board had a standing joke with him; we knew that when Jim took the stage, we had better start maneuvering to get the next person in line. Jim was easy to tease – and tease him we did – but of course he took it all in stride. This emphasized more than anything else Jim’s complete sense of self-awareness and wonderful sense of humor.

Over the years it became apparent to me that Jim was a fellow spirit of mine. My father worked with a foundation for many years as a public health doctor, and I recall working with people at the YMCA who had the same quality of dedication to a job without demanding high pay or great renown, people who were just committed based on their strong belief in accomplishing things for the community.

Jim and I had a real fellowship in which we both believed very strongly in the Foundation’s main focus, and that focus at the time was early childhood education. With its new, more substantial wherewithal in those days, our board determined that the Foundation would become more than a just a grantmaker, it would become a community leader which took a stand on carefully chosen issues and challenges. Accordingly, it would direct its investments in such a way that could make monumental impact.

This strategy was embodied by the Foundation’s First Years First initiative, a cause close to my heart and one which Jim embraced and made real through sheer determination and commitment. Jim took the board’s vision and under his thoughtful and capable management, First Years First made, over the course of a decade or so, nearly $2 million in grants to a wide variety of local early childhood development programs.

That is quite a legacy.

But it was Jim’s ability to advocate for a cause and build community partnerships that was vital to First Years First’s – and the Foundation’s – impact and success. The Foundation, thanks in large part to Jim’s stewardship, was a major contributor both in funding and leadership to the establishment of local Family Resource Centers, adoption of all-day kindergarten, formalized training and certification of early childhood educators, improved kindergarten readiness, continued reductions in chronic absence and major efforts to reduce the impact of summer learning loss in New Britain schools.

Today’s Community Foundation of Greater New Britain has a larger endowment (more than $45 million) and more funds (more than 190) than might ever have been dreamed of prior to Jim’s arrival. It is more effective than ever in fundraising and is a recognized leader in the communities it serves. It is a respected collaborator, bringing together diverse partners in the interest of bettering our communities. And at the state level, the Foundation is recognized as one of the leaders in the Connecticut community foundation arena.

Much of this can be attributed to Jim Williamson’s leadership. Jim was someone I vastly respected, a friend who represented the best of what a foundation leader can accomplish within a community. Our Community Foundation – and our community – are in a much better place thanks to having had Jim at the helm.

We will miss you, my friend.

Dr. Charles Leach of Farmington is a retired cardiologist and former board member of the Community Foundation of Greater New Britain. Dr. Leach was a member of the Foundation board in 2004 when Jim Williamson was hired as Foundation President and was a tireless advocate for early childhood education a flagship Foundation initiative during Williamson’s tenure.

The Community Foundation has established the James G. Williamson Education Assistance Fund, which will provide financial assistance to college and technical school students who need help to complete their degrees beyond what scholarships, financial aid, employment and other sources can provide. To make a donation, click here and select the Williamson Fund from the drop-down menu.